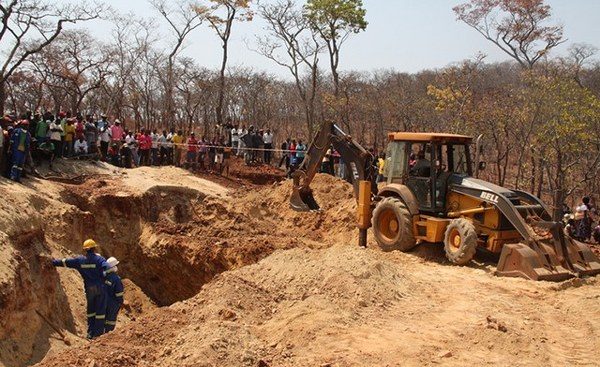 Small-scale miners are targeting at least 40 tonnes of gold output this year, up from 25 tonnes produced last year, following the implementation of more efficient mining methods in the sector.

Gold is Zimbabwe’s single largest foreign currency earner while artisanal miners account for more than half the country’s national production.

Heavy rainfall being experienced across the country could however force some artisanal miners to halt operations, which might negatively impact some gold mining operations.

But Zimbabwe Miners Federation chief executive Wellington Takavarasha said the rains have had minimal effect on gold mining as ZMF, working with the Government, has been promoting sustainable mining by small-scale miners.

“We have a number of people who have been caught unprepared, but what we have done as a federation is that we have been teaching people sustainable mining such as putting sheds on the workplace and areas of operation so that they are not affected by flooding of pits.
“Sustainable mining also involves putting trenches so that water does not flow into the pits,” he said.

He added that production had improved compared to previous rainy seasons due to sustainable mining initiatives implemented by the Ministry of Mines and Mining Development in conjunction with the small miners’ lobby group
“A growing number of miners has been complying, resulting in the minimal effect of flooding and most operations have not stopped,” he said.
According to Fidelity Gold Refiners, Zimbabwe’s sole authorised gold buyer, output for 2022 reached 35,3 tonnes with small-scale miners accounting for about 60 percent of total production.

The Government is targeting 100 tonnes of gold per annum by 2023. The mining sector is expected to have grown to a US$12 billion industry by year-end.
The artisanal and small-scale miners are expected to play an important role towards the mining milestone with sector player’s committing to contribute US$4 billion by the targeted period.